The real estate market in El Segundo continues to be hot with very low inventory and prices continuing to rise.  Summer months are traditionally very active due to the award winning school system and proximity to the coast.  El Segundo has a wonderful small town feel and is conveniently located close to all that Los Angeles and the South Bay has to offer.

It’s been a while since we’ve seen more than just one or two single family homes for sale in the neighborhood of Hollyglen which may start to ease some of the pent up demand in this somewhat secret neighborhood. Although it has a Hawthorne mailing address, this great neighborhood is an unincorporated area and enjoys it’s own award winning school system known as the Wiseburn District. Hollyglen sits just north of Rosecrans and just west of the 405 freeway and has remained somewhat of an unknown jewel in South Bay real estate. I has the feel of Torrance neighborhoods of West Torrance and Southwood, with tree lined streets, schools within walking distance, and offer a very safe and social neighborhood feel. As of April 2, 2014 there are 7 single family homes for sale in Hollyglen, with 3 new construction in the 360 South Bay community, 2 additional homes in Del Aire (but west of the 405 so in somewhat similar neighborhood) priced from $544,000 (Del Aire) to $890,000 for a 4 bedroom new construction in 360. Prices for a 3/2 single family built in the 1950s, which most are, generally range lately between $640,000 and $690,000 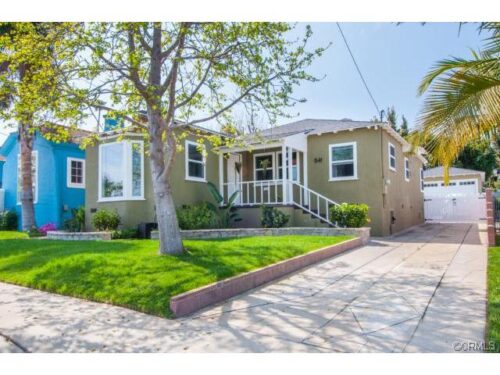 One of the nice aspects of El Segundo is that, unlike some of its neighbor cities to the south, it still retains a small town feel.  One of the reasons for 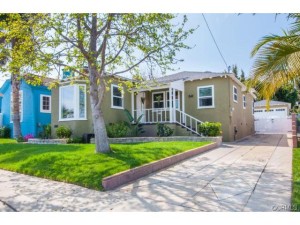 this is that instead of every “beach bungalow” being torn down and replace with mini mansions that overwhelm the smaller lots, many homes are updated and upgraded and have their original charm.  841 Loma Vista is one of these.

El Segundo real estate is often overlooked in the South Bay as the name perhaps isn’t quite as alluring as it’s neighbors in Manhattan and Hermosa Beach, but it  is a wonderful place to call home and is a more affordable option.  We hope you’ll take advantage of all of the information and resources on El Segundo MLS as we offer a number of ways to search for homes including free MLS access, current homes for sale sorted by both price and type, and if you really want to make your home search easy we will customize your El Segundo home search and send you free daily email updates.  View recent homes sales, current prices, market statistics and much much more.

El Segundo is a fantastic city and we hope it’s the right fit for you.  If not or if you want to explore the neighboring cities, visit our community pages below for information on real estate, neighborhoods, schools and more.  See what the cities of Hermosa Beach, Manhattan Beach, Redondo, Torrance and others have to offer.

If you’ve been searching websites on your own and checking each day to see what new homes for sale have hit the market in El Segundo, there is an

easier way.  Let us do the work for you.  We are local experts and will create a custom home search based on the exact details you are looking for in a home and will send you hourly, daily, weekly or monthly updates. This is a FREE service and there is absolutely no obligation.  We hope to earn your business with our helpful search tool, impeccable service and local expertise. Looking in other cities as well?  We can help search in nearby Manhattan Beach, Hollyglen, 360 South Bay, Fusion and the surrounding cities.